Workshop: How to write a journal article in 7 days

How to write a journal article in 7 days

All the material and references from the workshop are here:
http://prezi.com/1dzjvzsq9jxp/write-that-journal-article-in-7-days-revised/

On Thursday, 10 Nov 2011, the Exertion Games Lab proudly hosted a pizza-catered talk on Tangible Play by the brilliant Elise van den Hoven, which also marked the final day of her visit to the lab. We thank her for all the hard work she put in and all the insights she provided to each one of the projects in the lab. By having visiting researchers spending their sabbaticals in the lab, we ensure a holistic approach to research and international outlook on the current trends in the research community.

The Future of Games talk at Pause Fest

On Wednesday, 9 Nov 2011, Florian ‘Floyd’ Mueller from the Exertion Games Lab gave a talk at Melbourne Central as part of Pause Fest on The Future of Games, featuring several of the games coming out of the lab. Through public talks like these, we hope to engage the public into a more informed discussion about the benefits of computer games, increase appreciation of games, and inspire industry.

You can also find recordings of the talk at SoundCloud, and an interview as well.

Click on the thumbnails below for a larger image.

The Exertion Games Lab is fortunate to have Elise van den Hoven from the Netherlands visiting RMIT and talk about her design research on Tangible Interaction in Games and Play. Her talk is entitled Tangible Play and will cover the following three studies: 1- TouchMeDare (see picture below), an interactive festival installation, 2- Game balancing to help weaker players in a board game, and 3- Marbowl, a moving marble bowl.

To celebrate the occasion, we’ll provide free pizza (organized by our Italian Michele, thanks!)

Elise’s visit to Melbourne was supported by funds from the Interaction Design Group at the University of Melbourne, where she will also be talking on the 4 Nov 2011 (see below).

Elise was the university’s representative in the Dutch Music Art Design-network and the president of the university’s Women’s network. Earlier this year she became program manager of the No Switches Allowed track within the Intelligent Lighting Institute, which focuses on innovative interaction styles with light and lighting of the future.

She was a visiting scientist at the Synaesthetic Media Lab, Georgia Institute of Technology, USA, the Memoir project, University of Sheffield, UK, and currently at the Interactivation Studio, DAB, UTS. For more information, see: www.elisevandenhoven.com

Other talks  by Elise

Elise will also give the following talks:

Elise van den Hoven will talk about her design research into supporting everyday human memory through interactive systems. Her talk is entitled Materializing memories, which tries to convey the importance of the physical in combination with memory. The talk will cover three studies: 1- a digital photo browser using physical interaction (her PhD-project), 2- a study into time capsules for families, and 3- a design to facilitate communication about the past, between parents and teens.

In this presentation, entitled Physical Interaction Design, Elise van den Hoven will focus on her design research into tangible and embodied interaction. She will present a selection of projects, including a study into supporting children learning sound concepts through embodied interaction, a recent study into designing for the periphery of the attention and the new field of tangible gesture interaction.

Eberhard Graether and Florian ‘Floyd’ Mueller talked about the Joggobot at the Place Research Network meeting at RMIT, Melbourne, Australia for the Exertion Games Lab; here is a video:

Peter Wilson and Jonathan Duckworth will talk about their game for rehabilitation:

Re Spiel for Elements System

Patients with brain injury frequently exhibit impaired upper limb function. The Elements virtual reality system addressed this disability by using an intuitive desktop workspace that affords basic gestural control. The system design provides tactility, texture, and audio visual feedback to entice patients to explore their own movement capabilities in a directed and self directed fashion. Its effectiveness has been demonstrated in several studies.

We are having a feedback lunch: a brown bag lunch meeting where we as a group give feedback to each other in the early stage of a research project. Wouter will be hosting the next one (and providing free sandwiches!) on

in order to get feedback from all of you on his current thinking on:

Augmenting bicycle helmets to allow cyclists more ways for self-expression to enhance the cycle experience through play elements (for example, the helmet starts to glow based on heart rate, or the helmet lights up in sync with other cyclists).

He is eager to hear your feedback, so if you can make it that would be great!
We are trying to make it very informal, have lunch at the same time, so hopefully it will be heaps fun!

Using the skills developed in a career as a lead designer at games developers such as Krome Studios Australia, Sony Computer Entertainment Europe and Kuju Games, London, Harry is now working with the Australian Broadcasting Commission helping them reshape the way they communicate with their audiences and defining the role that games play in this vision.

Conor will discuss the challenges of developing a game on your own
and offer tips and tools for small teams. The presentation will also cover
techniques for promoting your game, working with a publisher (in this case
Chillingo) and testing.

Talk by Simon Joslin from The Voxel Agents

Simon Joslin from The Voxel Agents explains the lessons they have
learnt about the business of indie games design.
How they funded their set up, the choices they made and the things that
they may have wished to do differently if they knew then what they know
now.

The Voxel Agents are developers of original hand-crafted games for
“on-the-go” fun times.  They are an independent team with five
core members and four part-time helpers.  They are one of the most
exciting indie teams in Australia, and are situated in the game
development hub of Melbourne.  Creators of the smash hit Train Conductor
series, The Voxel Agents are proud producers of addictive game
substances for millions of players worldwide.
http://www.thevoxelagents.com/ 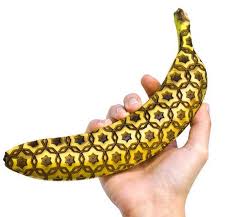 Wouter Walmink will talk about his company Studio Ludens and Eberhard Graether about the Marble Run, the in-browser game that won the Mozilla Game On Challenge.

Wouter Walmink (walmink.com) just joined the Exertion Games Lab
(exertiongameslab.org) at RMIT, coming from the Netherlands; he has
previously worked at CSIRO in Canberra. He is an award-winning
interaction designer who creates design tools that help you “make
beautiful things”. He helps designers to work together with their users
in creating customized products (without ever meeting in person) and
allowing the general public to experience the joy of creating
firsthand. Wouter’s talk will focus on 2 points:
1. What have I learnt from 5 years of designing for creative
experiences? (examples & findings)
2. How can you make better games / interfaces that use creativity for a
general public? (linking it to the field of gaming)

Eberhard Gräther is student of MultiMediaTechnology at Salzburg
University of Applied Sciences. He is a visiting researcher at RMIT’s Exertion Games Lab.
Eberhard will talk about his study and his projects including Marble
Run, the in-browser game that won the Mozilla Game On Challenge.

Florian ‘Floyd’ Mueller’s talk at Freeplay 2011 was audio-recorded and is now online at:

http://soundcloud.com/christydena/freeplay2011-floydmueller (including the introduction by Christy Dena).

Christy Dena’s blogpost about the topic is at: http://www.christydena.com/2011/08/avoiding-crap-game-design-panel-audio/

Florian ‘Floyd’ Mueller will speak as part of a panel at Freeplay on “How Every Little Decision Can Bring You Closer To or Further Away from Creating Art” and chair a session on “The big and the small stage” both on 20 Aug 2011.

Talk: Exertion Games, including Hanging off a Bar

Talk: Research in Games, are you serious?

Researching the future of gaming

The Exertion Games Lab researches the future of play and games in order to understand how to design better interactive experiences, in particular we focus on games that put the human body in the centre of the experience. We draw from interaction design, sports, psychology, human-computer interaction (HCI) and embodiment thinking to contribute to human-player interaction.

We are always looking for excellent PhD, Master and undergraduate students as well as interns, if interested please get in contact.